Radio frequency oxygen plasma Asher is a simulation facility widely used  for many years as materials screening for LEO application.

The complex plasma environment, which contains, in addition to the neutral oxygen atoms, excited species, electrons, and ions as well as

vacuum ultraviolet (VUV) radiation, might lead to some deviations or uncertainties in determination of materials reactivity with respect to LEO.

However, it was shown numerous times that this test is more severe than the fast atomic oxygen (FAO) beam testing, and this was fully confirmed at the testing study in ITL for 67 worldwide selected space 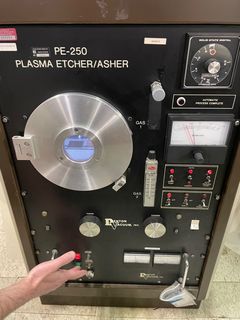 flown materials in both facilities. – The materials that withstand O-plasma Asher testing survived FAO beam testing, but the wise versa is not always the case.  Providing O-plasma testing at ITL is done with special care, like avoiding plasma under-cutting, using pure oxygen plasma instead of air plasma, used widely, the temperature control can be offered by using special temperature sensor strips placed under the materials samples, etc. 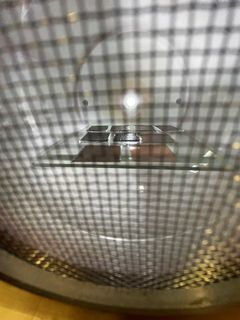 The designed SES system could be used in following projects: 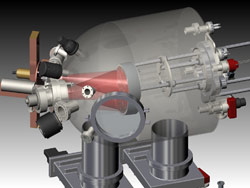